Some shark species are endangered but it is not known to people. In this symposium, we have invited two researchers of sharks from UAE and Hong Kong and will listen to what is happening to sharks because of human activities. And also we will listen to what is being disucussed for conservation of sharks at the international level, from Japanese researcher. Let’s think of what we can do to prevent extinction of sharks!

General information of the symposium

15:55       Panel discussion and Q&A session
‘Thinking of crisis of sharks as our own problem’

Rima is a conservationist and fisheries scientist with experience spanning the western Indian Ocean and more recently West Africa. Her research has focused on investigating shark and ray fisheries and trade and combines field work with outreach and advocacy to mobilize and provide conservation and policy solutions at the government and community levels. She is particularly interested in issues of human-wildlife conflict such as fisheries, bycatch, and threatened species conservation as well as socio-economic aspects of the trade in marine products. She has authored/co-authored over 50 scientific publications, reports and books and her work on sharks and rays has been featured in various media outlets including National Geographic, BBC, Scientific American, Gulf News, and The National. Rima is also the Indian Ocean Regional Vice-Chair of the IUCN Shark Specialist Group, a member of the IUCN Marine Conservation Committee, and sits on the Advisory Committee for the Convention on Migratory Species (CMS) Sharks MoU as a representative of the Asia region. She has received various grants and awards in support and recognition of her work on sharks and rays and, in 2019, was also awarded a Pew Fellowship in Marine Conservation to investigate wedgefishes and giant guitarfishes in Sri Lanka, India, Senegal, and Mauritania.

Stan Shea is a marine biologist, an avid diver and an educator. Now, as the Marine Programme Director at BLOOM Association Hong Kong, Stan spearheads research projects addressing holes in knowledge of the local live reef food fish and dried seafood trades and marine biodiversity, providing critical information to inform efforts for the conservation of marine resources and habitats.
Stan began his time at BLOOM HK in 2009, after graduating with a Bachelor of Environmental Science degree from the Oxford Brooks University and an M.Phil with The University of Hong Kong’s School of Biological Sciences on butterflyfishes. His research can be found in several report publications and peer-reviewed journals, including on topics of global trade dynamics and retail market status for various dried seafoods, local wet market surveys on live reef food fish, and discoveries of new reef fish species records for Hong Kong.
In 2014, Stan co-founded the 114˚E Hong Kong Reef Fish Survey project to record reef fish species in Hong Kong waters through dive surveys. The data has since been used for many projects in Hong Kong, including IUCN grouper and wrasse assessments, in WWF-HK’s Marine Ecological Hotspot Map, and by the Hong Kong government to produce guidebooks on local reef fish species. In 2017, Stan became one of the editors for marine fish species for the Hong Kong Register of Marine Species (HKRMS), acting as a gatekeeper for all new records of marine fish species for Hong Kong.
Stan strives to make conservation topics more accessible to people from all walks of life. His training workshops, educating audiences from sectors including corporates, government officials and schools from kindergartens to universities on marine conservation issues, have to date reached over 10,000 individuals in more than 20 countries/territories spread over 6 continents of the world. Stan believes that while we are in many cases part of the problem, we can choose to be part of the solution, and that when we take care of nature, nature will take care of us. 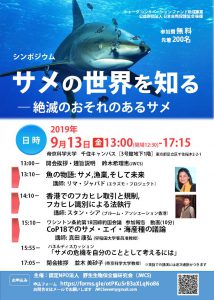 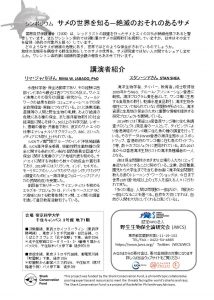